How tea came to Europe

< >
Until the 16th century, Europeans only learned very vaguely about tea from oriental traders. It was believed that the tea leaves should be boiled, salted, buttered and eaten. 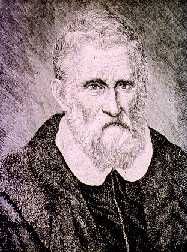 Marco Polo Surprisingly, Marco Polo (see picture) mentioned tea only once, and indirectly. His report referred to a Chinese Finance Minister who was dismissed for arbitrarily raising the tea tax.

The first detailed description of tea was made by Giambattista Ramusio (1485-1557) in his book "Delle Navigatione et Viaggi", published in 1559. Giambattista Ramusio was a Venetian politician. In his book, which was a collection of travel tales, a Persian merchant, on a visit to Venice, said that one or two cups of tea (Chai Catai in the book), taken on an empty stomach, could relieve fever, headaches, stomach aches and joint pains.

The first European to write about his own encounter with tea was the Portuguese Jasper de Cruz. He mentioned tea in a letter to Portugal in 1560.

The first European to have had personal experience with tea was probably the Italian missionary Matteo Ricci. He came to Macau in 1582 and lived in Beijing for a long time until his death in 1610. During his long stay in China, he not only learned Chinese writing and language, but also became familiar with the everyday habits of the Chinese. In his notes he reported in great detail about tea and tea drinking in China.

The Dutch East India Company, founded in 1602, brought green tea from Japan and black tea from China to Holland by sea via Java. Initially tea was sold as medicine. Because of the horrendous prices tea was only available to the aristocracy.

Russian envoys brought Russian fur products to the Mongolian king as a gift. In return they received several boxes of tea. Not knowing what the tea was for, the Russian envoys refused to accept the tea in the first place, but were finally persuaded and brought the tea back to Tsar Alexis.

The tea drinking nation England was a late starter in the tea business. The English East India Company only recognised the importance of tea in the middle of the 18th century. Interestingly, it was the coffee houses in London that introduced tea drinking to England. In 1657 a coffee house owner named Thomas Garway sold both brewed tea and loose tea in his coffee house. A few years later, he even advertised the tea with leaflets, according to which tea should keep the body active and healthy until old age.

The name for tea: Cha or tea

In most Chinese dialects the tea is called "Cha". The tea was called something similar in most of the earlier European records. Today's common name tea (or Thé) has to do with the tea trade between China and Europe. Until the 19th century, the largest transhipment centre for tea was the southern Chinese port city of Xiamen (Amoy) in the province of 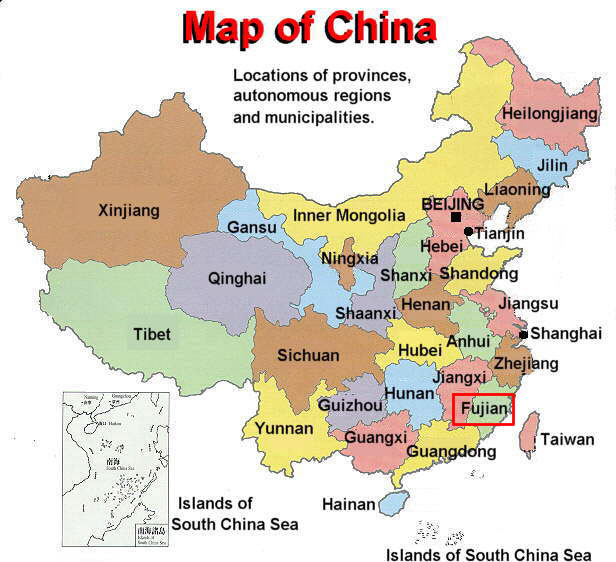 .In the local dialect there, tea is called "te". This name was adopted by those countries that purchased tea by sea. Only the Russians use "Tscha" in their language because they obtained tea from North China by caravans. 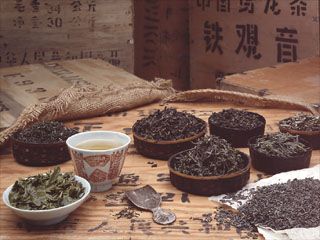 It is quite astonishing that from the land of green tea, the not so popular black tea, of all teas, found its way to Europe and won Europe over. It is also remarkable that the emergence of black tea in China coincided with the spread of tea in Europe. Exactly when black tea originated in China is not clear today. It is assumed that it originated at the end of the 16th century, i.e. in the same period when tea drinking slowly became popular in Europe. Malicious tongues claim that on its long journey to Europe, both by land and sea, green tea took more than a year to reach its destination, lost its characteristic flavour and a product similar to today's black tea was created. So Europeans learned about this tea taste from the beginning and the demand for this "black tea", which was actually poorly stored and perhaps even a little rotten green tea, was the driving force behind the development and production of black tea in China.
Although this claim may not be entirely true, the emergence of oolong and black tea has to do with the efforts of tea farmers to make tea last longer. Catechins are the main reason why tea is so sensitive to heat and humidity. The fermentation process reduces the content of catechins to such an extent that the tea does not lose its quality even if stored for a longer period of time.
Initially, black tea was also called Bohea-Tee in Europe. Actually, only tea from the Wuyi Wuyi Mountains was called "bohea tea", because "Wuyi" in the local dialect is similar to Bo-i. This is probably also where black tea and oolong originated. Later, all high quality black teas from China were called Bohea tea.
In the botanical description of tea plants, it was strongly believed that black tea and green tea were made from different plants. Even the famous Swedish naturalist Carl von Linné distinguished in 1762 between the species Thea viridis (green tea) and Thea bohea (see below) (bohea or black tea). It was only in 1959, after centuries of discussions, that it was agreed that the same plant should be used for the production of all types of tea and the nomenclature "Camellia sinensis (L.) O. Kuntze".

Herbarium material for Thea Bohea, from the Carl von Linné Herbarium in the Swedish Museum of Natural History

The idea that black tea and green tea were made from the same plant in the first place is thanks to the Scot Robert Fortune
Robert Fortune was born in Scotland in 1812 and studied botany after finishing school. In 1843 he was sent to China by the English Horticultural Society as a plant collector, to get, among other things, blue flowered poenia and tea plants. In order to travel unnoticed to areas, which were actually forbidden for foreigners, he learned the local language, shaved his head bald and dressed like a Chinese. In two and a half years he managed to smuggle a large number of seeds and plants out of China.
In 1848 he was sent to China again, this time by the East India Company, with the aim of obtaining tea plants. The English intended to break the Chinese monopoly on tea exports by establishing tea plantations in India. In a period of 3 years Robert Fortune shipped over 20000 cuttings and seedlings of tea plants to India. He even persuaded several Chinese tea farmers to go with him to India to help establish the plantations and production there. During his journey through the tea growing regions he was the first European to discover that green tea and black tea were made from the same plant, the only difference being the production process.
Robert Fortune was probably the first industrial spy in economic history. It was thanks to him that England was able to establish tea production in India in a very short time. Due to the industrial scale production, the price of tea had fallen dramatically. Tea was now affordable for everyone in Europe.
< >
Compare Products
Compare
Clear All
You have no items to compare.