< >
If there is some truth to the Legend about the discovery of the tea plant, then maybe that tea originally served as a medicinal plant. Still in the Tang period (7th century), when tea gradually began to establish itself as a popular drink, it was still listed as a medicinal plant in the official compendium of remedies: tea, a bitter plant. Sweet and bitter in taste. Weak in quality cold, non-toxic. Acts against intestinal fistula, facilitates urination, loosens cough mucus, quenches thirst, makes you sleepless. Helps with digestion. Best served with cornelian cherries, leek and ginger.
But the poet Lu Tong (795 - 835) brought the healing and invigorating effects of tea:
... The first bowl nets my throat and lips; the second bowl lifts my mood; the third bowl cleans my bowels, leaving only the books (which I have read); the fourth bowl makes me sweat easily, everything bad disappears from the pores; the fifth bowl makes me feel relieved; the sixth bowl gives me connection with immortals. The seventh bowl I am not allowed to drink at all, I can already feel the cool wind in my sleeve, which makes me fly...
Lu Tong: a famous poet and passionate tea enthusiast in of the Tang Dynasty. He wrote this poem as a letter of thanks to a friend, who sent him a sample of the fresh tea harvest. His rather short life had little to do with drinking tea. He became involved in a court intrigue and was sentenced to death.

Scientific research on the effects of tea on health

In recent years, tea drinking has experienced a small boom in Germany, which certainly also has to do with the fact that the tea, but especially the green tea is ascribed a multitude of positive influences on health. The on are the most cited effects:
In short: tea seems to be a panacea.
However, if you look at the scientific publications on the subject of "tea and health" one gets a much more differentiated picture. First of all the published results must be divided between laboratory tests and and the so-called epidemiological studies.
In a laboratory test ingredients are usually isolated from tea leaves. Causes and effects are investigated by experiments with animals or in cell culture. Today, there are indeed countless professional publications that report on any positive effect of tea. These publications are also busily quoted by all the lifestyle magazines, TV programmes or tea associations. The problem with laboratory tests, however, is that the dose of ingredients used in the experiments is often so high that it has nothing to do with the quantities that can be taken in a normal tea consumption. The significance of these tests is therefore often very doubtful.
An epidemiological study usually involves a group of tea drinkers compared with a group of non-tea drinkers. In doing so, one tries to identify differences in the incidence of certain diseases, such as cancer, cardiovascular diseases, and much more, between the two groups. Also in the epidemiological studies there are many pitfalls in the interpretation of the results. For example in some studies (generally speaking, not specifically the studies with tea drinkers related) it is not always clear whether the behaviour under investigation is related to the observed difference or vice versa. Moreover, one cannot always assume that this is the case, that a causal link between the behaviour under investigation and the observed difference exists. After all, a person's lifestyle is so complex that you must exclude many disturbing factors in order to draw a firm conclusion from to be able to draw such studies.

Maybe one last warning on the subject of "tea and health": the Tea is primarily a stimulant and not a medicine. Even though tea has many positive has properties, it cannot replace medical treatment. The following short overview is intended to illustrate how difficult it is to find the health-promoting to scientifically record the effects of tea.

In animal experiments, tea extracts (from both black and green tea) has been shown to have strong inhibitory effects on the development of tumours in almost all organs. However, epidemiological studies with human volunteers do not have a clear picture the antitumour effect of the tea. Most studies have shown a more or less strong inverse correlation between tea consumption and cancer risk was found, i.e. the risk of cancer decreases with increasing tea consumption. But there are also studies, who have not found a positive effect of tea consumption on cancer prevention.
The scientists have not yet been able to fully understand the difference. Attempts to explain there are many. One very valid argument is probably that the animal experiments were carried out with much higher doses of tea extracts than a human being could ever take through his tea consumption. Others argue that Studies that have shown a protective effect carried out in China and Japan where people drink mainly green tea. Studies with negative results were carried out in Europe, where black tea is the predominant beverage. In comparison to green tea, black tea has far less catechins ( 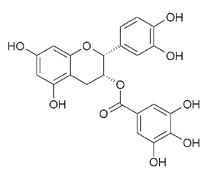 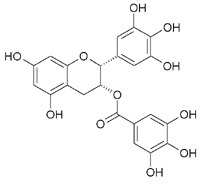 Before toothpaste came to China, gargling with a cup of tea after a meal was considered a good way to promote oral hygiene. Indeed, the preventive effects of tea against tooth decay have been proven. The protection against tooth decay provided by drinking tea is based on two ingredients in tea: fluorine and catechins.
Nowadays, there is no need to say a word about fluorine, every toothpaste on The market boasts that it contains a particularly effective fluorine compound.
So the Catechine remains. They act in many ways against the bacteria in the mouth that cause tooth decay. For example, the catechins have both a bacteriostatic and a bactericidal effect, which means that they can not only inhibit the growth of the bacteria, they can even kill the bacteria directly. What is particularly interesting about these antibiotic-like effects of the catechins is that the amount of catechins dissolved in tea is sufficient to have their full effect.

Several epidemiological studies have found a positive relationship between tea consumption and a reduced incidence of cardiovascular disease. Scientists still do not fully understand what this protective effect is based on. Also here the protective effect of catechins is suspected. However, the theory about the antioxidant effects of catechins is very controversial. Epidemiological studies have not been able to prove that tea consumption lowers cholesterol levels.
< >
Compare Products
Compare
Clear All
You have no items to compare.